AWAY FROM THE DARK IS LIVE

BOOK 2 OF THE LIGHT DUET IS LIVE! 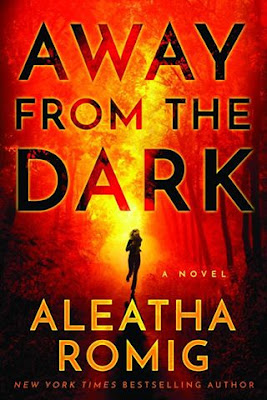 The dramatic, chilling conclusion to the LIGHT duet is LIVE!!!

WHAT OTHERS ARE SAYING...

"It's no secret I'm an Aleatha Romig fan, but OH MY, did Into the Light and Away from the dark blow me away. I read straight through both, unable to pry myself from this riveting story. Absolutely extraordinary!" ~ New York Times Bestselling Author, AL Jackson.

"A fast-paced thriller that keeps you on the edge of your seat with chills aplenty. Impossible to put down!" ~ Vilma's Book Blog

Nine months ago, Sara Adams awoke with no memory. The man holding her hand told her she’s a member of The Light, a tight-knit religious group led by the terrifying and charismatic Father Gabriel. As a woman in the community of The Light, her duty is to be unquestionably obedient and to submit to the will of her husband.

But as Sara’s memory starts to return and she remembers her past, she sees that everything she’s been told is a lie. The Light is an insidious and dangerous organization, and its corrupting influence reaches well beyond the confines of the remote campus where Sara is being held.

With everything at stake, Sara struggles to sort out her true memories from her indoctrination. The desire to escape consumes her, but who can she trust? And which other followers of The Light were forced into this life, brainwashed to believe they belonged? The more she remembers, the more it becomes clear that Jacob, the man who calls himself her husband, is keeping shattering secrets of his own.

But Sara cannot flee alone, leaving innocents behind. She must fight to extinguish The Light.

Book 2: Away From the Dark

Book 1: Into the Light

Amazon UK
Posted by Aleatha Romig at 3:00 AM 16 comments: